Artistic Director Tim Fisher curates a line-up of great Australian artists for a series of intimate, moving concerts, all in the one venue. We look forward to welcoming back some Nanga favourites and to introducing our audience to some acts they may not have seen before. Aside from their musical virtuosity, our artists are big-hearted and generous with their time, and we are pleased to be able to support them.
You can download the full program here:
Festival introduction
Programme schedule
​If you are an artist with a query about performing at Nanga Music Festival in 2022, contact artists@nangamusic.org.au 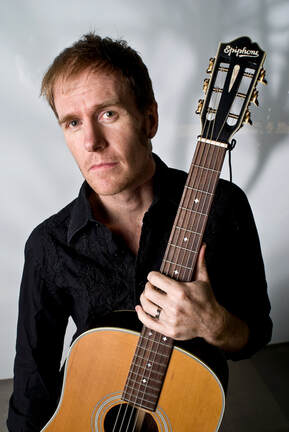 "Fred Smith is simply the best folk/country musician working in this country…beyond writing some of the finest songs about Australians at war, he has created a repertoire that is wry, literate, witty, powerfully emotional and insightful.” (Bruce Elder, SMH).

Fred will be playing songs from his rich back catalogue and his latest album 'Domestic’ described in the press as   “a stunning cycle of deeply personal songs about marriage, babies, love, tolerance, decency and the complexity of modern life…a sublime study in tenderness and vulnerability”. He’ll also be presenting a remarkable song cycle on Afghanistan drawing on new material he wrote after working on the evacuation of Kabul in August 2021. 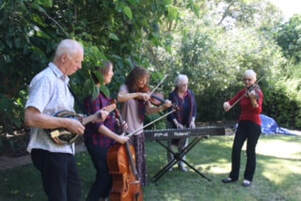 ​Hot Toddy performers share a common love for the Scottish music tradition. Their traditional and original compositions showcase fiddles, mandolin, cello and piano, and with contemporary influences, they blaze their own trail in music and song.  All 5 players are members of Perth Scottish Fiddlers and perform in both classical and other musical ensembles. Hot Toddy has featured at numerous folk clubs, Perth Town Hall, Folk in the Forest Festival and Fairbridge Festival, all to enthusiastic acclaim! 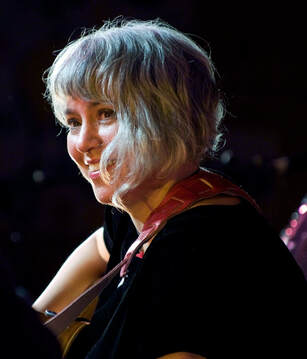 ​Kavisha Mazzella AM
"A power and presence that's beyond words" Colum Sands
ARIA award winner and songbird Kavisha Mazzella original song's lyrical ingredients include humour, poetry, social justice and the spiritual. Combine this prowess with the voice of an angel and you have the experience of a Kavisha concert. Singing in English and Italian, she will take you on an uplifting boundary riding journey of well-crafted  stories and songs ringing with echoes of Celtic, Fado and Gypsy influences that will strike a resounding chord within. With 8 solo albums under her belt, she has sung and given vocal workshops at national music festivals and abroad.
In 2011 Kavisha was awarded an Australia Day Honour for her contribution to music and reflecting the experience of refugee, multicultural and indigenous communities through performance.
​www.kavisha.com 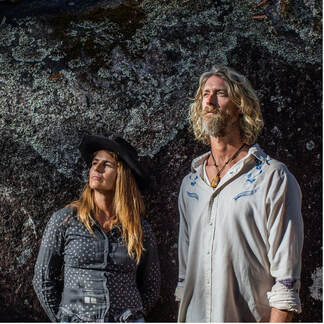 Celebrated Festival Favourites at Fairbridge & recently touring with the Waifs - “The Nomadics ( Bec Schofield & Dave Mann)  imbibe stories from the heart of Australia (which they traverse in their off-grid tiny house on wheels!), then sing them out with a deep love for the world around them and each other. "Their stunning harmonies drew me in, reminding me, what a beautiful thing is music". VIKKI THORN -THE WAIFS “.  Their latest body of work is deeply enriched with the addition of Tilly Kay’s harmonies and Sammy Liddon’s upright bass.  This Country folk act is a balm, musical alchemy the world needs.
www.thenomadics.com.au/
​www.facebook.com/thenomadicsmob 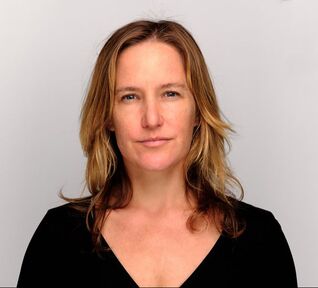 Reneé Pettitt-Schipp’s work with asylum seekers in detention on Christmas Island and the Cocos (Keeling) Islands inspired her first collection of poetry, The Sky Runs Right Through Us. This collection was shortlisted for the Dorothy Hewett manuscript prize as well as the 2019 CHASS Australia Student Prize.
In 2019, The Sky Runs Right Through Us also won the Greg Crombie ‘Work of the Year’ in the Humanities Research Awards, as well as winning the WA Premier’s Literary Award for an Emerging Writer.
Reneé now lives in WA’s Great Southern
www.reneepettittschipp.com.au/ 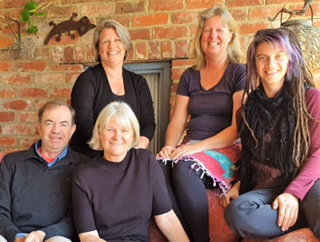 Radujsja (Rejoice!) is a 5-voice a cappella ensemble specialising in Eastern European folk music.  Over a decade, Radujsja has explored polyphonic singing, some of which pre-dates written records, from across the regions many cultures and landscapes.  They have gathered works that span from Georgia, Ukraine, Bulgaria, Macedonia, Serbia and even the Finnish arctic circle.  Listeners will thrill to the dissonance and asymmetric rhythms, at first strange to the ear, of the fascinating vocal styles offered by this group.
www.facebook.com/RadujsjaPerth 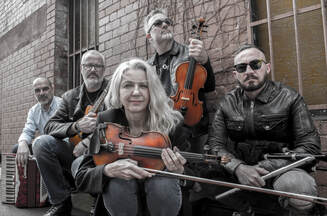 Featuring Fiona Davidson and Tim Stapleton on fiddle accompanied by guitarist Paul Johnson, John Calabrese on keys and accordion, and piper Stuart Robertson. The band’s genre is Celtic with material from Scotland, Cape Breton and Ireland.
Spirit of Alba give you mellow melodies and in-your-face foot-stomping contemporary folk music featuring guitar, fiddles, keys, accordion, whistle and border pipes - they might even sing you a song or two, giving a few classics a folk twist. They have started to carve out a following from those who like their traditional music modern and contemporary, foot stomping and subtle, powerful and electric. Look forward to a high velocity hour on Saturday night!
​www.facebook.com/spiritofalbaband/ 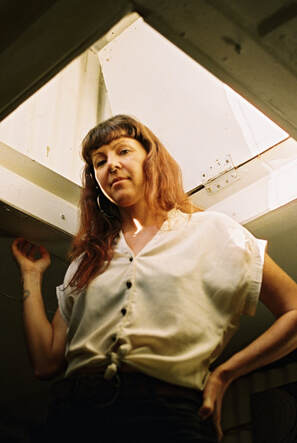 Tanya Ransom fuses folk blues and alt country in an alchemy of songs that are emotive and captivating.
Ransom’s natural talent with words and melody, delivered by an effortless blues tone voice accompanies the
laid-back guitar perfectly. Her love and life in the wide open spaces of the vast North West, travelling through
the endless Australian desert and life under the open skies are heard through her songwriting. Awarded WAM
Best Regional Act of 2020, Tanya holds audiences attentive with her unassuming
warmth and personality, leaving you yearning for more.
tanyaransommusic.com.au 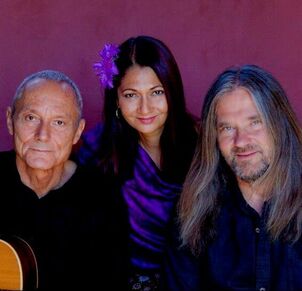 Susglala’s heartfelt blend of three-part harmony and relaxed guitar work is infused with a dash of percussive flavour. Singer-songwriters at heart, the trio have honed a fresh take on those roots, delivering a sound that is smooth and light. From hushed vocal balladry to livelier grooves, the harmonies are never far away. The gentle vibe of the trio is warm and welcoming.
www.facebook.com/Susgalamusic​
www.susgala.com.au
​ 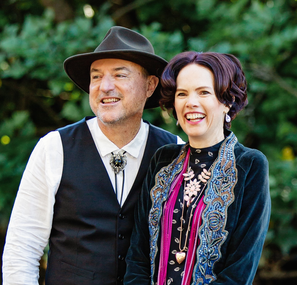 The Beautiful Days are a contemporary folk duo with influences ranging from art song to punk. Playing original songs that weave vocals, acoustic guitar, and ukulele, they tell thought provoking and entertaining stories of modern life. They recently released their first album after playing together for over 20 years and, with songs about slow days, simple things, hotels without love and smoky cafes, their combination of experience and fresh perspective will appeal to music lovers of all types. Come for the strong melodies and sweet harmonies, stay for the gritty stories and uplifting positive songs.
www.facebook.com/The-Beautiful-Days-1142379925913279
open.spotify.com/album/2X9CnPrgmdIFGxuS9NRQRv
soundcloud.com/leola-joy-robinson 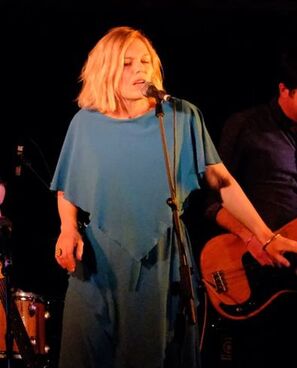 Jen Lush is known for her spacious and emotive, melodic storytelling and a deep love of words and music that coalesce on her 2017 poem-song album The Night’s Insomnia, and her 2020 commissioned project for the Denmark Festival of Voice - a collaboration with poets from WA (Renee Pettitt-Schipp and Graham Kershaw), Victoria (Maria Zajkowski) and SA (Ali Cobby Eckermann) in an exciting and evocative performance of songs interwoven with poetry readings. Jen and her stellar band have appeared at festivals and venues throughout SA, Victoria, WA, NSW and Tasmania and have recently released their new album ‘Let Loose The Beating Birds.’
​ 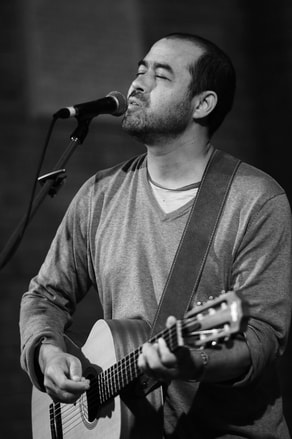 ​Author and multi-award winning WA songwriter Khin Myint creates a warm show full of rich songs and storytelling. His powerful baritone, unusual lyrics and onstage banter draw from experiences of growing up on cultural borders both at home and overseas. His music is subtle, timeless and hypnotic. We welcome Khin back to Australian audiences after several years abroad. 'Gritty songs of life and love' - Brendan Foster. 'A deeply warm stage presence' - Kulcha. 'A strange hybrid.' - Next Big Thing.
www.khinmyint.com 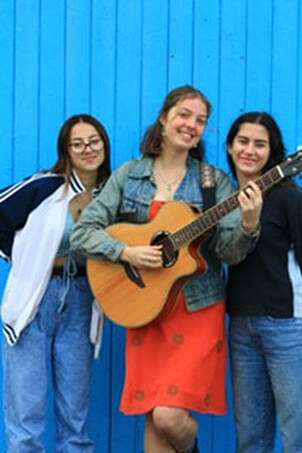 The Stamps are a folk trio comprising Sofia Hourani, Rubina Bertolini and Scarlett Graham. The Stamps formed in early 2020, bonding over similar music tastes and songwriting while developing skills at Fremantle College’s music program. The Stamps create delicate vocal harmonies alongside guitar played by Sofia or Scarlett to deliver original songs and a folk twist on classic hits taking the listener on a journey.  Influenced by artists such as Joni Mitchell and The Staves, the three voices blend to create a timeless, layered sound. You can see more of The Stamps on @thestampsofficial on Instagram or Facebook.
www.facebook.com/thestampsofficial 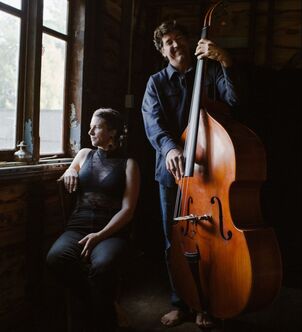 Tilly Kay approaches her craft with joy and an ear for detail. Dave Mann (from The Hairy Marron
Recording Studio) coined the term ‘One Take Tilly’ referring to her pitch, versatility and ease as
a studio vocalist. Tilly is an accomplished soundscapist, has fronted soul bands, community
choirs, delivered prison songwriting workshops and is a touring vocalist for Mama Kin. Tilly’s
most recent collaboration with double bassist Sam Liddon sees them developing a strong
catalogue of original songs that showcase both Tilly and Sam’s songwriting talents. 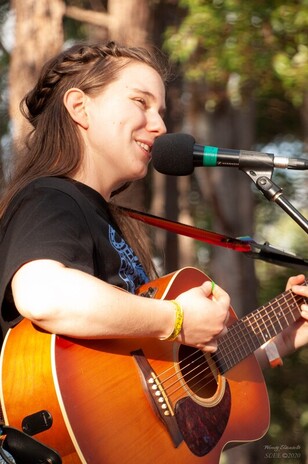 Fremantle folk singer-songwriter Call Me Charlie pours joyous wit and heart into every performance. Her carefully crafted lyrics and exuberant stage presence is sure to liven up any audience. Add her trusty stomp box to the mix, and she becomes a roaring one-man folk band. 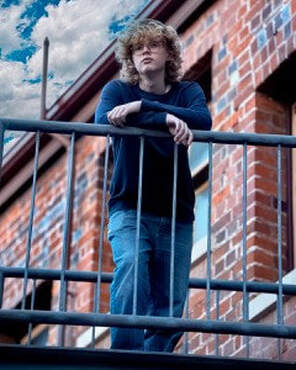 15-year-old Freo local and multi-instrumentalist Tex Holmes started writing songs from a young age. His songs range from alternative indie to pared-back acoustic melodies, influenced by artists from a range of genres. No stranger to festival life, from his debut performance on the Backlot Stage as a Fairbridge Festival Quest winner in 2019 he went on to play at Nanga as a recipient of a Youth Scholarship (2019) and Nannup (2020) as a nominee for Emerging Artist. His song Ghost has been nominated for the 2021 WAM Songwriter of the year (12-14 youth category).  Tex is an engaging performer who always enjoys playing to an audience. ​ 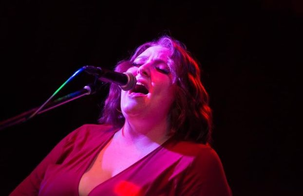 Hailing from Noongar country (Denmark WA), Rosie Williamson is a young musician blending the stylings of soul, blues and RnB into an emotionally fuelled, deeply personal experience. After performing at the Denmark Festival of Voice earlier this year, Rosie is stoked to have received the Nanga Festival Youth Scholarship. 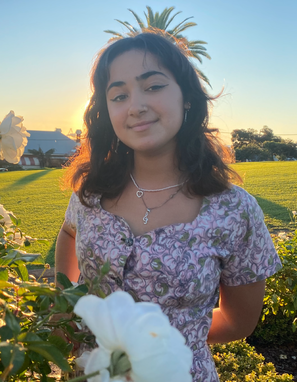 From Wallyalup (Fremantle), emerging singer/songwriter Siena Rebelo writes about the world around her with refreshing openness and raw honesty. In 2021 Siena won the Fairbridge Festival Act Belong Commit Quest Song Writing Competition and now the Nanga Music Festival Youth Scholarship and is rapidly building a reputation for her high energy performances on the local music scene. ​ 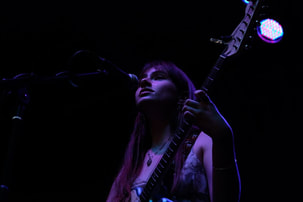 Ullah is an indie-folk singer songwriter who writes about the ordinary lovely (and not so lovely) things that are encountered each and every day. Her inspiration coming from the seemingly mundane aspects of life in which she finds beauty. From an old man's existential crisis to the infatuation of a simple stranger, each song is written with the intention to create a story in the audience's mind.